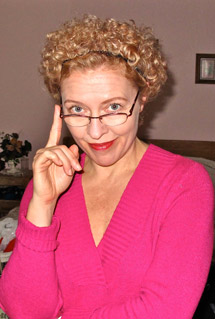 Irena has been teaching English as a Second Language to adults and corporates since 1996. She has taught adults from 48 countries, ages 18-92 and at all education levels from illiterate to Ph.D.

Irena was born in the Far North of Russia, in a region with winter temperatures reaching -45° C. Playing in the snow, taking music classes, and swimming in an indoor pool are the happiest memories from her childhood. From her early years, she was interested in distant lands, languages, and cultures.

She got her BA in English and Spanish in the capital city of the Ukraine, Kiev, and after working a few years, married an American and immigrated to the United States. She transferred her diploma to the American standard and became credentialed to teach in California.

Visit her Google+ or LinkedIn profile.