Is it really possible to learn a new language perfectly when you’re an adult? Why is it much harder now than when you were a child?

Sometimes it might seem impossible, but you really can learn to speak a new language fluently even as an adult.

It’s not that you need to work harder than a child to improve your English. Rather, you need to approach your learning differently.

The main reason why it’s more difficult for adults to learn a new language is that adult brains don’t learn as well implicitly – we don’t soak up information like a sponge, the way a child does. 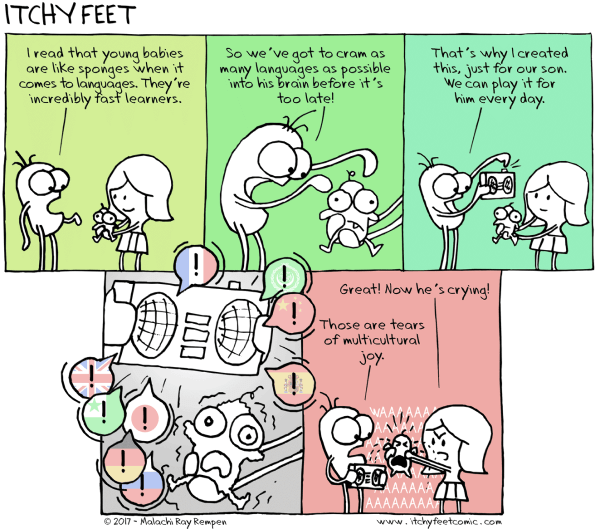 Not only that, but adults like to use logic.

For example, adults love to learn things like verb conjugation, and figuring out the patterns in the language. They think they are improving their language skills, but it really doesn’t help.

Rather, these are drills which only make you feel like you are learning. Even if you understand and memorise the content of those drills, you will find that you can’t apply it when the time comes.

For example, you might know a lot of vocabulary. But if you are in a business meeting and you can’t use the new vocabulary, then you really haven’t learned anything. 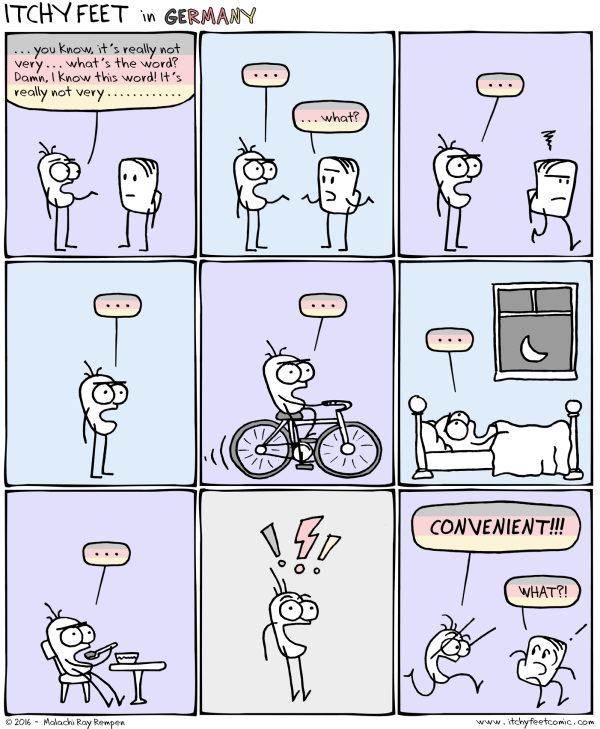 Also, many people (including many language courses and apps) believe that learning vocabulary and simple phrases is the same as learning a language, and that you will naturally pick up foreign sounds right away.

If you have ever tried to learn a language using this approach, you will already know that it doesn’t work.

So what can you do?

You need to treat learning as a skill to acquire, not as an object to obtain. To learn English quickly, you need to learn pronunciation skills first.

Why is Pronunciation so Important?

When a baby reaches between 6 and 12 months, they recognize better the sounds of their native language.

But they also start to lose the ability to distinguish the individual sounds from other languages.

The research is explained in this video:

A study done by researchers at Aalto University in Finland and the University of Salento in Italy found that students benefitted greatly when they focussed on recognizing different sounds from the second language.

When students understand these sounds, they are able to recognize words, and speak the new language much better outside the classroom.

The study also shows that learning a second language by comparing the sounds with those of their native language helps adults learn more successfully.

The brain deciphers the sounds and picks up the differences between their native language and the second language much more easily. The brain distinguishes between syllables, then words, then phrases.

This is especially important with English, as it developed first as an oral language among the non-aristocratic, illiterate population, and only added a standard (and very irregular!) spelling system centuries later.

In 2002 researchers at the Carnegie Mellon University conducted a study where they gave Japanese adults a series of tests, where they listened to a recording of the words ‘rock’ and ‘lock’ randomly. They asked the adults to press an R or an L button to indicate which sound they heard.

Whenever these adults chose their answers, they got feedback to tell them if they were right or wrong.

Within an hour of doing these tests, they were able to get 80 percent or higher correct, even if they didn’t understand the words they had heard.

They found that giving consistent feedback when learning the sounds of a new language helps the learner improve the second language.

These 2 studies show that when a second language learner can hear and distinguish unfamiliar sounds from the language they are learning, they are then able to pronounce them better. And if adults learn to distinguish sounds first, it helps them to understand and memorize the new language.

So what does this mean? All these studies show that if you want to be more successful learning English, it is important to learn the sounds and pronunciation first.

This means that you not only need to learn how to say new vocabulary, but also how to recognize them when you hear them.

If you learn the proper pronunciation of words, you will be understood by others. Even if you have the grammar wrong, for example, native speakers will still be able to understand you. The more pronunciation feedback you get, the more you will improve.

Now that you understand the importance of learning pronunciation, what can you do to improve your English? Here are 5 steps: 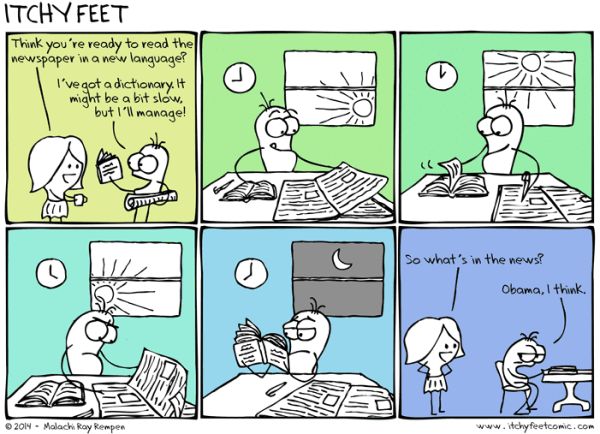 We all know there’s a large difference between writing a perfect sentence in English, and speaking well in the real world.

Although useful, even audio books or educational videos do not properly prepare you for conversations at the office or meetings where you will encounter a wide variety of words, phrases, dialects and speakers.

Even something as simple as playing video and online games which require you to understand English will help you learn more than a textbook.

Need some suggestions to get you started? Here are some 4 ideas you can use:

YouTube, TED talks, or following a TV series that you love are also great ways to practise your listening in English.

Other ideas are podcasts, radio shows, music, or even video games that are dialogue heavy. 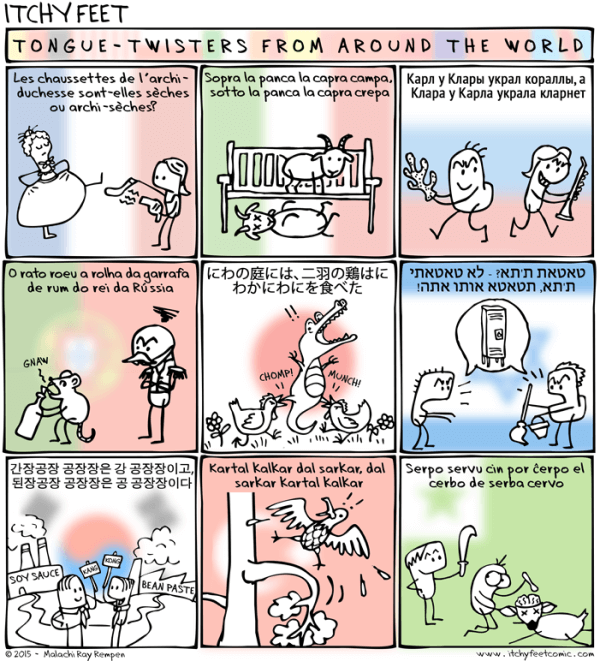 Working on words you find difficult will push you through the OK plateau, particularly if these words are commonly used in everyday conversations.

For example, if you can’t distinguish between ‘hungry’ and ‘angry’ or between ’fly’ and ‘fry’, then this is something you would work on.

To practise, try following these 5 steps:

You can also search for ‘minimal pair’ exercises, to train your ear and tongue to distinguish between small changes in the pronunciation of a word. For example, between ‘thirteen’ and ‘thirty’, or ‘heart’ and ‘hurt’.

4. Find Similarities Between Your Native Language and English 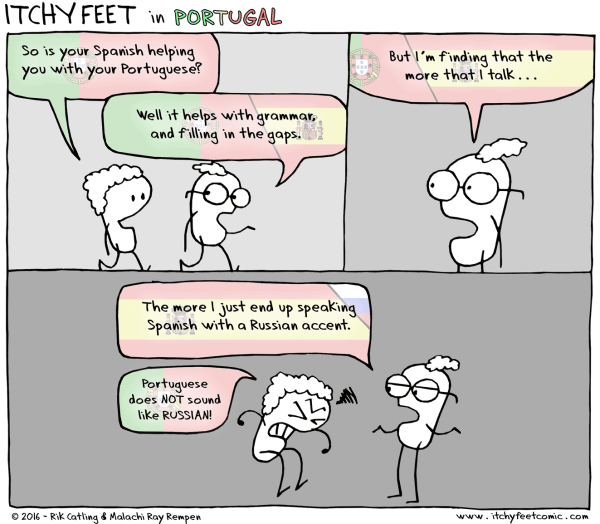 Finding similarities between your native language and English will make learning English less scary. If you focus exclusively on words that are very different or difficult to pronounce, it will only frustrate you, and you might lose motivation.

When listening to anything in English, try to find similarities to sounds in your language. And then try to find other words that follow the same pronunciation rules or use the same sounds.

For example, you’ll find that there are many words with the ‘ch’ sound. You can search for a list of these words and start practising with them.

5. Get Consistent Feedback from Someone You Trust

It doesn’t have to be a teacher, just as long as they are very fluent in English and are willing to give you constructive feedback.

Start with something simple like reading an article or some text and asking this person to correct you.

Once you feel more confident in your pronunciation, practise listening and speaking with a wide variety of people, such as clients, friends, or maybe even your work colleagues. You could also try practising with students at a similar level as you, and give each other feedback.

The more you speak, the more you will improve not only your pronunciation, but also your grammar and vocabulary. With time, you will notice your English skills improve significantly. 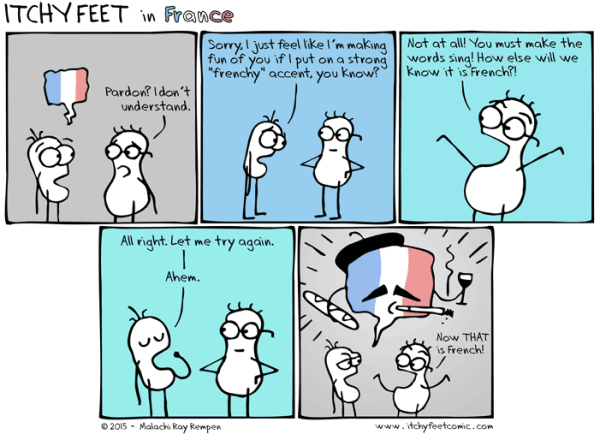 Just because learning a language is harder as an adult, it doesn’t mean it can’t be done.

Pronunciation first means that you work first on distinguishing English sounds – focusing first on the sounds, not the spelling of new words.

Listening and speaking, not reading and writing.

Learning pronunciation first will not only build your confidence in speaking, but it will help you learn faster. Even by practising as little as one hour a week you will see dramatic improvements.

So which of the pronunciation-first activities above will you try first? Do you have any questions? Let me know in the comments below, I’d love to hear from you.