(Updated 2019) This is a very complex topic, but below is a brief summary.

There are 4 main types of contract used in Italy:

A permanent employee contract (‘contratto a tempo indeterminato‘ or ‘lavoro subordinato‘) is essentially an old-fashioned lifetime employment contract, and is not the most popular option due to its cost and inflexibility – it is said to be more difficult in Italy to fire an employee than to get a divorce.

There is also a fixed-term version of this contract (contratto a tempo determinato), with various conditions attached depending on which government is in power.

Meaning ‘occasional collaboration’, the second type of contract is supposed to be a short-term, temporary contract which can be used up to a maximum of €5,000 each year, in total from all employers.

The salary of a teacher with this type of contract has 20% withheld as an advance tax payment – make sure you receive from the school at around February/March of the following year the official declaration that this 20% has actually been paid over to the tax authorities. You will then need to submit a tax return and pay more tax (around the same again), based on your total earnings the previous year.

“You will have 20% of your earnings withheld as an advance tax payment. However, this is only part of your full tax bill.”

Once the limit of €5,000 is reached, the school can employ the teacher with one of other types of contracts, although it’s also possible to continue working beyond this limit, when the tax and social security calculations and payments become more complicated, more similar to an employee.

It is important to double-check the conditions such as agreed holidays, advance notice, sickness leave, how the salary is paid (each month or at some other frequency), and what happens during the Christmas period and the long August holiday (when most of Italy, and probably also the school, shuts down for 2-4 weeks).

Or project-based contracts, this was the most common option until the labour market reforms in 2015, and many employers misused it – underplaying the benefits it gives the teacher and overplaying the amount of control the school can exert. Also sometimes called co.co.pro, this type of contract has been phased out and is now illegal.

A similar type of contract, called co.co.co, is sometimes still used by universities and state bodies to hire teachers.

The final type of contract is actually just a consultancy contract for freelance teachers who have become what Brits would know as a ‘sole trader’.

This involves applying for a VAT number (‘partita Iva‘ in Italian – not to be confused with ‘codice fiscale‘), keeping your accounts, issuing invoices, preparing and submitting an annual tax return, and making regular VAT payments and income tax advance payments.

This type of ‘relationship’ need not actually be drawn up as a contract, but can also be in the form of a purchase order, a brief letter, or an invoice.

“Be wary if a school asks or requires you to open a VAT number.”

This type of contract is not to be taken lightly and will probably require you to hire, and pay, an accountant. 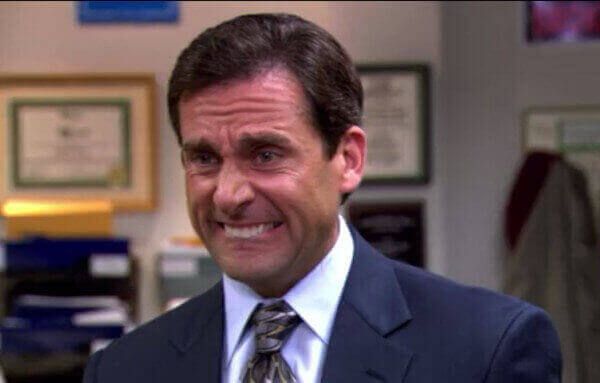 If a school asks, or sometimes even requires, you to apply for a VAT number, be very cautious. The only good reason to ask a teacher to obtain a VAT number is if the teacher is truly an independent freelancer, with more than one significant client, is aware of the substantial cost and time involved, and has good business acumen.

Unfortunately many teachers who have been in Italy for a while have been caught out by surprise VAT or tax payments, client late payment problems, or has been persuaded to register for the sole reason that the school can continue to pay the same rate while shifting the tax burden onto the teacher instead (see the FAQ on how to calculate your net salary).

The ‘other’ category in the chart above refers mostly to collaborazione occasionale, but some schools have been known to employ teachers under an British or Irish contract, especially if they already have a British National Insurance number.

This has the advantage of lower tax payments, and so normally also a higher net salary, but its total duration in any 1 year is limited to a maximum of 183 days, after which the teacher automatically becomes resident for tax purposes in Italy and so must pay Italian tax out of their salary (and reclaim any tax paid in the UK, which has a double taxation treaty with Italy).

However, some employers are ‘forgetful’ about bringing their British employment contracts to the attention of the Italian tax authorities, or hope that the teacher will continue country-hopping each academic year. It’s not uncommon for some unscrupulous schools to claim that it’s possible to work tax-free for 2 years, only for the teacher to have an unpleasant surprise when they file their tax return a year later.

Lastly, please remember that this is not legal or financial advice – you should always consult an accountant or lawyer with anything you are unsure of.